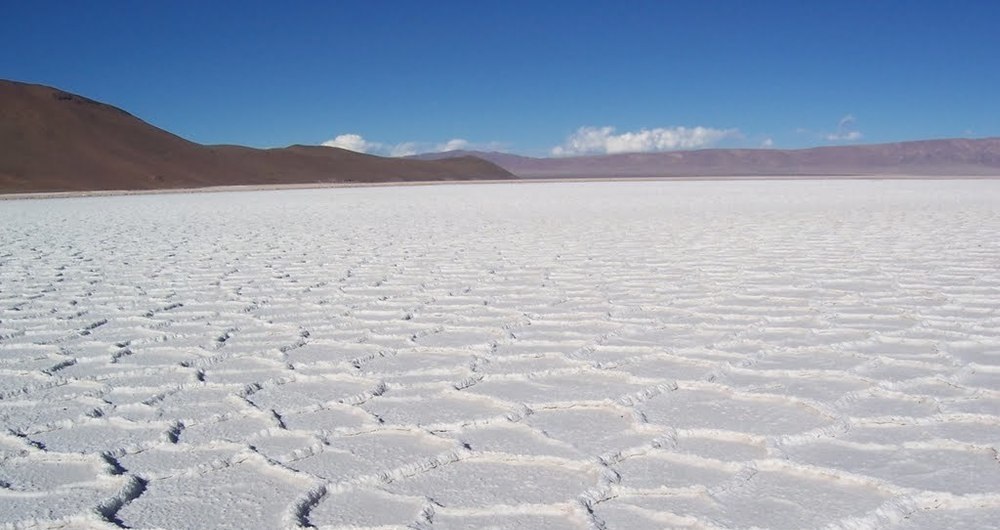 As lithium product prices keep rising, and recently reached not too long ago unimaginable heights of US$34,000/t lithium carbonate at battery grade, Argentina Lithium & Energy Corp. (TSX-V: LIT, FSE: OAY1, OTC: PNXLF) hasn’t been sitting on their hands, raised almost C$6M in an oversubscribed financing last month, and announced further acquisitions of lithium projects in Argentina, in the heart of the Lithium Triangle, hotspot of brine deposits and operations in Latin America. The company already owns four early stage lithium projects in Argentina, one of them called Rincon West. This is of interest, as recently Rincon Mining, a private company constructing an adjacent brine project at the same salar, and owned by Sentient Equity Partners, was acquired for C$825M by Rio Tinto. 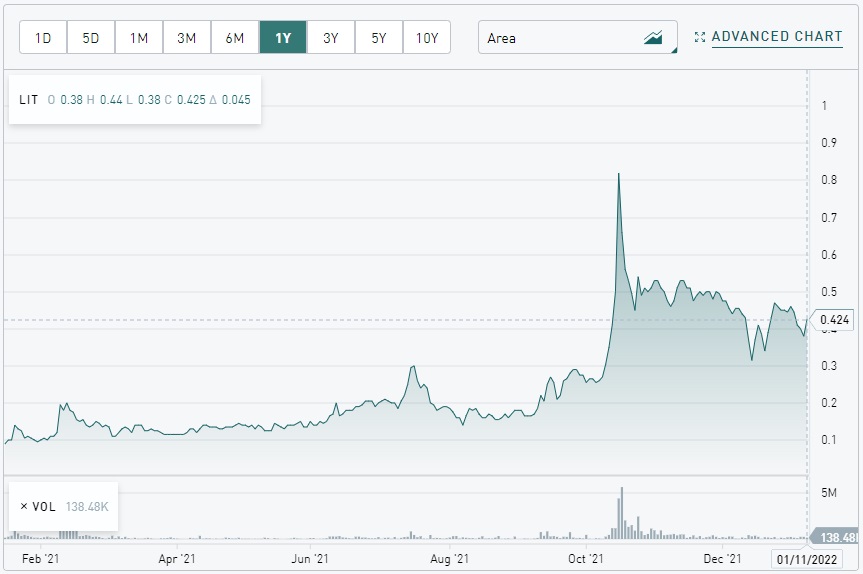 Although lithium product prices keep printing all time highs on a weekly basis, which in my view could use a healthy correction anytime now, share prices of many stocks were under a bit of pressure as the Fed announced a more hawkish policy regarding interest rates than expected by the markets, which don’t particularly like surprises. As most lithium stocks enjoyed substantial runs the last months, a consolidation was inevitable, although Argentina Lithium seems to weather the storm nicely around the 40c levels. 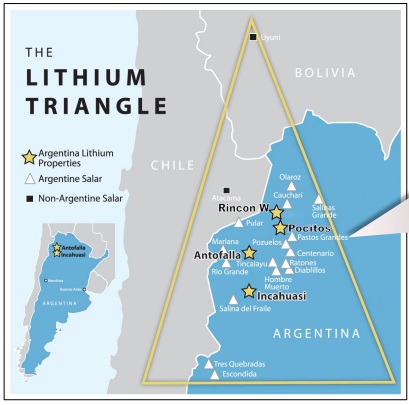 Back to the deal now. Argentina Lithium signed option agreements to acquire 3 properties which are all part of the Pocitos Basin, one of the largest salars of the Lithium Triangle. The three properties are called El Pidio GIII, Aquamarga 11 and 16, and Ramos. The terms are as follows, according to the January 10, 2022 news release:

This would cost the company US$285k in mandatory payments for the first year. Argentina Lithium already owned 15,857ha of properties on the west side of the Pocitos Salar, and acquired 10,364ha of new properties. Infrastructure around the salar is sufficient, with a Provincial Route at 17km, local roads nearby and a rail line crossing the Pocitos West property. The new properties have seen little exploration and no drilling, and exploration plans will be planned in the next few weeks. The newly acquired properties and the existing property (ALE) can be seen below (ALE in green, the others in various other colors): 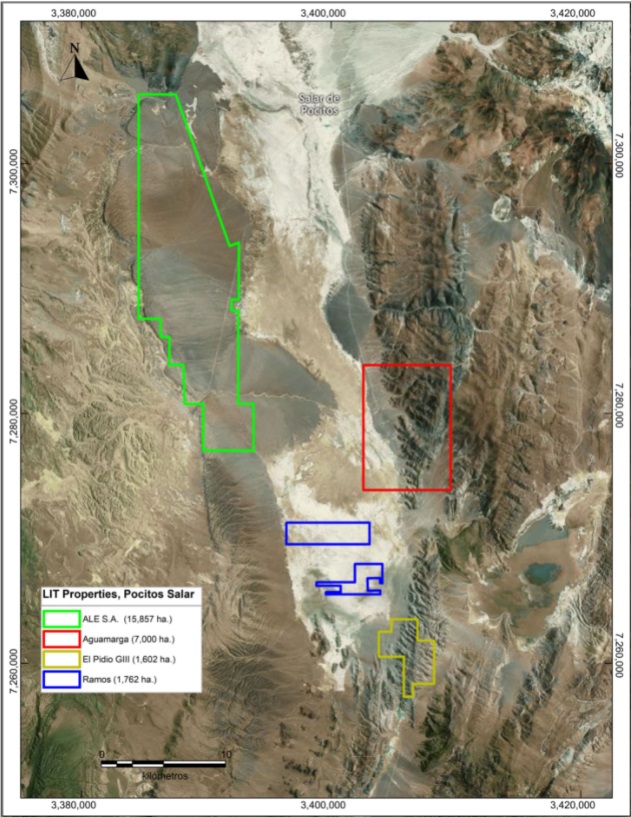 According to CEO Cacos, the new properties have/haven’t been permitted for exploration yet, so this will be priority work for management. Comparing this to the permitting timelines of other projects, Cacos expects to have the new properties at Pocitos permitted around Q2, 2022. As a reminder, Rincon West and Pocitos were acquired in October 2021. The terms for the two properties, with a combined footprint of 18,227 hectares, weren’t cheap, as the company already issued 750,000 shares to the local vendor on signing plus C$500,000 worth of shares over a 12-month period; and cash payments totaling US$4,200,000 over 36 months, but limited to only US$1,050,000 in the first 18 months, US$800,000 of which are firm commitments over the first year. Therefore, total commitments for the first year for Rincon West and Pocitos increase to US1.085M.

Argentina Lithium is planning on completing 40 line kilometers at Rincon West of deep seeing Transient Electromagnetics (TEM) soundings on the Rincon West property, followed by 5 diamond drill holes after targeting. The neighbouring project of Argosy has an average grade of 321mg/L Li, and the grade of the part of the salar de Rincon from also neighbouring and recently sold Rincon Mining is 397Mg/L Li, which means both are already economic at lithium carbonate prices over US$10,000/t, so I expect the potentially encountered grades at Rincon West to be over 300mg/L Li here.

It seems Argentina Lithium has acquired all the lithium properties they can possibly need, and they are ready to start exploration with the first TEM soundings at the Rincon West project in 3-4 weeks from now. Results are expected by the end of February.

Argentina Lithium expanded their portfolio of lithium projects further, by acquiring more Pocitos properties. After raising C$5.97M, the company is able to come up with the annual payments, and have sufficient money for exploration programs on all projects, with the focus on Rincon West and Antofalla. The company starts out with TEM soundings at Rincon West for target definition, and hopes to start drilling there at the end of the first quarter. Any results over 300Mg/L Li are comparable to the 2 neighbouring projects, so when Argentina Lithium manages to come up with such grades at solid lengths (50-100m), a fifth discovery might be in the cards for the Grosso Group, and with strong lithium sentiment and COVID-19 and the Fed not interfering too much, investors could be looking at multiples from current levels.