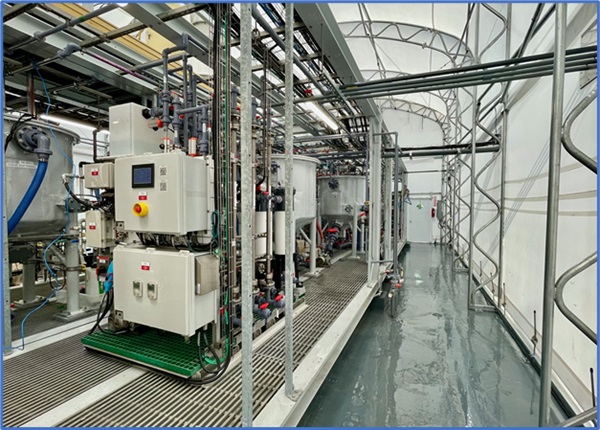 It has been a very busy week for Standard Lithium (TSXV: SLI) (NYSE:SLI) (FRA: S5L), as it first had to defend itself against a short report without merit which saw the share price temporarily crashing, and a few days later announced a US$100M investment by Koch Strategic Platforms, in order to advance its lithium projects further. Clearly Koch wasn’t very impressed by the short report, as they are knowledgeable in the field of energy transition, investing comparable sums starting this year in grid storage start-ups Eos and Lithion Power Group, and EV charging company EVBox. On a sidenote, in itself the move into energy transition away from fossil fuels is somewhat remarkable to see at Koch, as parent company Koch Industries made its fortune and is still heavily invested in fossil fuels, but they probably don’t want to miss out on the ongoing paradigm shift, and follow the oil super majors like Shell, who also started their own dual track transformation, albeit gradually.

It wasn’t a particularly nice surprise for Standard Lithium management and shareholders to hear about a report issued by short selling outfit Blue Orca Capital on November 18, 2021, who was making all sorts of allegations about failing recoveries at the demonstration plant in Arkansas. As a consequence, the share price dropped from C$12.58 at the close the day before to a low of C$8.53, shaving off C$597M market capitalisation in a matter of hours: 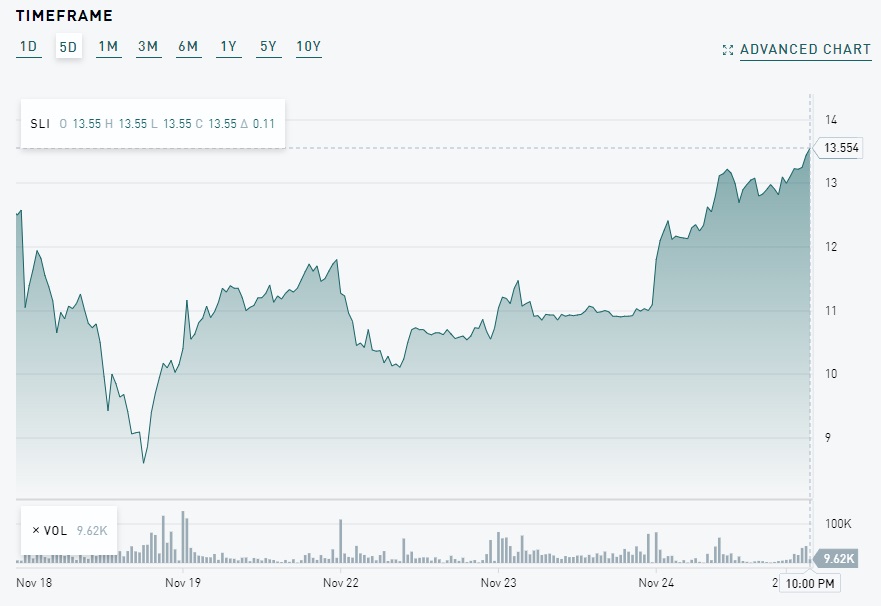 Fortunately, the share price started recovering swiftly, probably caused by management reassuring shareholders and investors. The company came out with a news release commenting on the short report the next day before the open, addressing the allegations, and a few days later Standard Lithium is already trading higher than it did right before the report came out, of course not in the least helped by the announcement of the investment by Koch Strategic Platforms. The core of the company’s defence focused on the reporting duties towards the Arkansas Oil and Gas Commission, which differ materially from actually produced amounts of lithium products, explained by the following highlights taken from the news release:

The news release continues with a basic but crucial subject regarding the purpose of the demonstration plant, apparently misunderstood by the report:

“The report also fundamentally misunderstands the necessity and purpose of the Demonstration Plant. The Demonstration Plant was designed to continuously process an input tail brine flow of 50 gallons per minute (gpm; or 11.4 m3/hr) which is the equivalent of 100–150 tonnes per annum of lithium carbonate. One of the objectives of the Demonstration Plant to date has been to produce sufficient quantities of solid lithium carbonate product off-site, to validate that battery quality materials can be produced. It has never been the intent to store on-site all of the lithium chloride produced and then convert all of that to lithium carbonate product. The principal purpose of the plant is to optimize the process to allow for design and scale-up of a commercial plant in preparation for a feasibility study (in accordance with National Instrument 43-101).”

This news release was addressing the most important concerns of investors. Another option was to disclose the actual recoveries and production figures of the demonstration plant, but management probably didn’t resort to this option as the optimization process isn’t complete yet.

Not all aspects in the short reports were addressed by management, but in my view these can be classified under the subject “semantics”. For example, the lithium carbonate production of 66lbs was described as being  “large volumes of better-than battery quality lithium carbonate” in a July 15, 2021 news release by President and COO Andy Robinson. 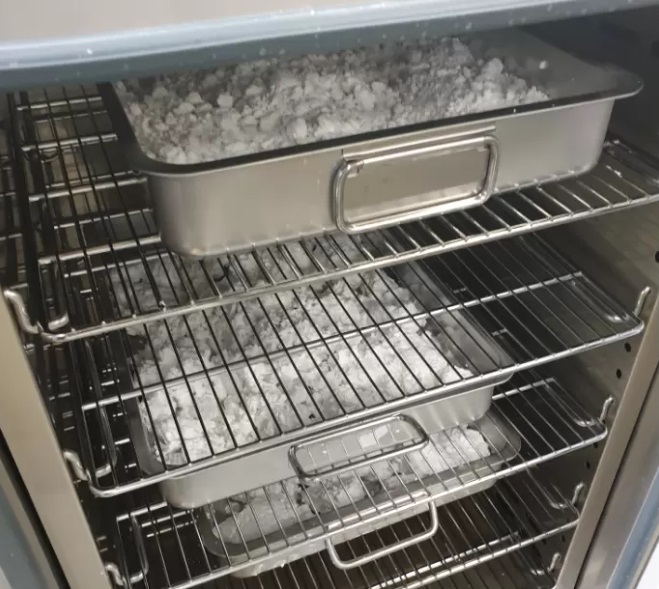 I understand where the confusion comes from, as I have seen commercial scale pilot plants producing test lithium carbonate products for potential clients in the 1,000kg range, hence 66lbs also didn’t exactly look “large” to me, but there is a difference between customer testing amounts and qualifying amounts, which are used when there is already a 100% off-take in place, and are much smaller, as is the case with Lanxess. This kind of detail isn’t widely known to investors, and probably also not with the writers of the report, so it is clearly all about being sufficiently informed.

Back to the investment by Koch Strategic Platforms. I must say, as a company you can’t get a better timed stamp of approval after enduring such a short report. A US$100M investment (C$127M) is a colossal amount anyway for a lithium developer which is still in the proof of concept stages in my view. This investment wasn’t part of the earlier filed Shelf Prospectus, which allows the company to make offerings up to US$250M. It was a direct investment through a private placement, which has a 4 month hold period.

The price was a 25% discount to the average share price a week before the news release came out, but the good thing is the private placement has no warrants attached to it. The net proceeds will be used for:

The interesting part here is that there is a strong intention to work together in several key areas of the projects, together with several subsidiaries of Koch Industries. Examples are Koch Engineered Solutions (KES) which provides key process equipment, engineering, procurement and construction services, and Koch Minerals & Trading (KM&T), which is involved in the trading of many of the materials that will be required by Standard Lithium in the future, as well as trading the lithium products it intends to produce. Into some more detail:

This seems a pretty interesting development, if such a powerhouse commits itself to potentially co-develop the Standard Lithium tech and projects. I do feel this collaboration is intended to jointly develop the SWA project, as the Lanxess project is already controlled by Lanxess, who will do all engineering, development, procurement, construction and off-takes after a construction decision has been made.

As lithium product prices keep rising, and Standard Lithium has PEA’s completed on both their Lanxess and SWA projects now, it is useful to calculate the combined NPVs for both the 30% interest in the Lanxess project, and the fully owned SWA project. Today’s price for lithium carbonate stands at no less then US$28,250/t Li2CO3 (Fastmarkets):

The sensitivity for lithium product prices looks like this for both project NPV8’s: 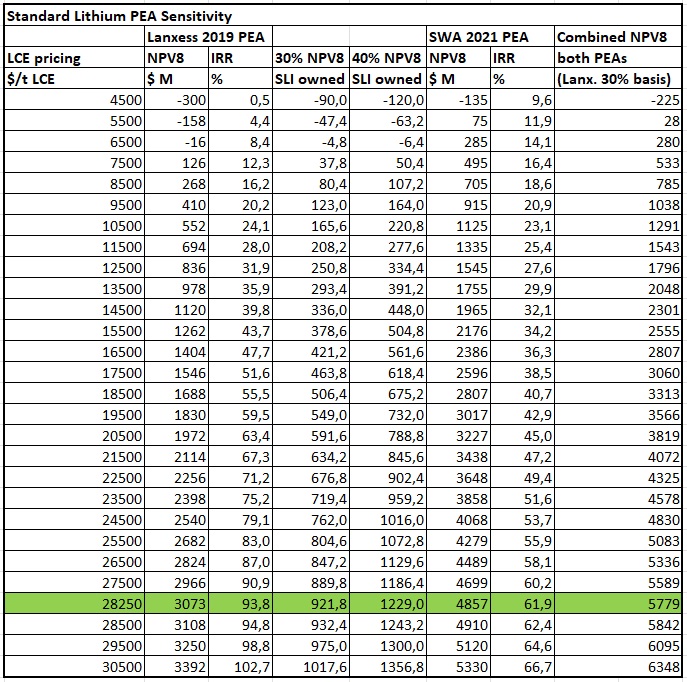 At current lithium carbonate prices, the combined NPV8 is no less than US$5.78B (=C$7.32B). The current market cap already seems pretty significant at C$1.95B (share price C$13.20 at November 25, 2021), but since the testing of the demonstration plants seems to be going well according to the various news releases, and resulting test data from Lanxess could probably be applied to the SWA PEA, certainly with the help of Koch subsidiaries, there seems to be significant room for further value appreciation.

With the seismic paradigm shift from fossil fuels to alternative energy in full swing in an effort to achieve climate change, EV and grid storage are booming and as a consequence lithium product shortages are increasing, and looming even larger in the future. It seems Standard Lithium, as an upcoming lithium product developer, is positioned extremely well, attracting very large players in the field like Lanxess and more recently Koch Strategic Platforms.

You don’t see strategic investors coming on board of juniors to the tune of US$100M too often, so I regard this a very impressive move by Standard Lithium. After a lengthy due diligence process, management was happy to announce this investment, coincidentially right after a vicious short attack was fended off successfully. It will be exciting to see what the potential collaborations between Standard and Koch subsidairies will bring shareholders. It seems Standard Lithium took a major step with the $100M investment towards the overarching goal of becoming one of the major US lithium producers through rolling out multiple, replicable brine projects.

The author is not a registered investment advisor, and currently has a long position in this stock. Standard Lithium was a sponsoring company in the recent past, but not anymore. All facts are to be checked by the reader. For more information go to www.standardlithium.com and read the company’s profile and official documents on www.sedar.com, also for important risk disclosures. This article is provided for information purposes only, and is not intended to be investment advice of any kind, and all readers are encouraged to do their own due diligence, and talk to their own licensed investment advisors prior to making any investment decisions. 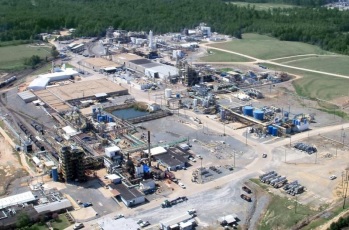