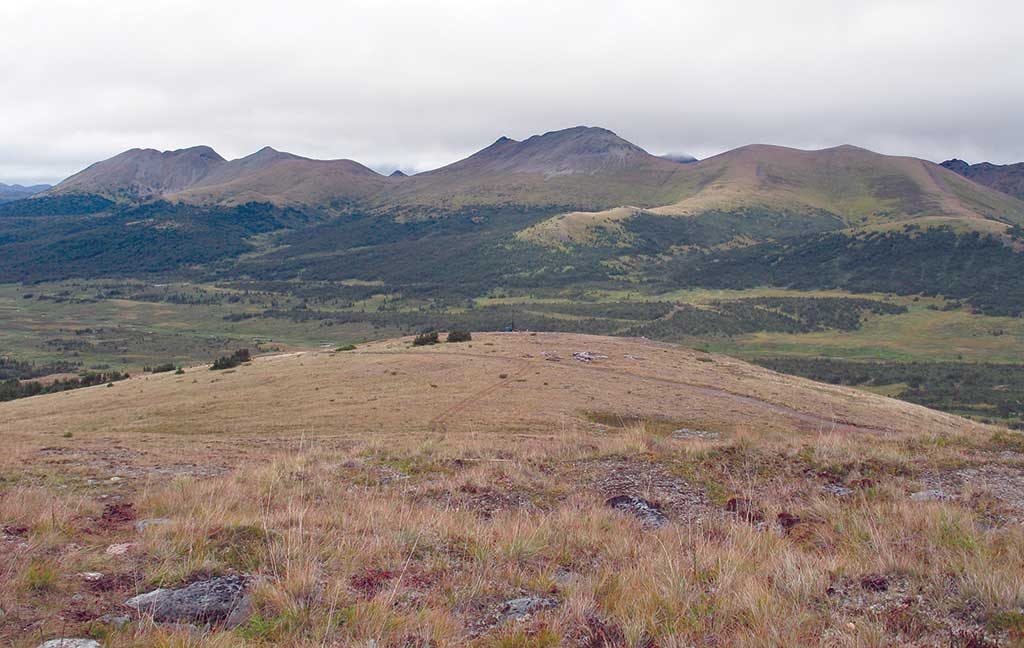 Although Kutcho Copper remains under the radar of most it seems, it doesn't seem to lose a lot of time, and continues doing the heavy lifting in order to advance their flagship project, the Kutcho high grade copper-zinc project in British Columbia, Canada. Backed by a financial package arranged with Wheaton Precious Metals, Kutcho completed their 2018 drilling and exploration campaign at the end of October as planned (winterbreak), and is processing all data now. A Feasibility Study (FS) is planned for the end of Q2, 2019. Their blockchain initiative MineHub isn't shelved either, and management intends to publish a news release with current developments and partner names within a few weeks from now.

Please note: the views, opinions, estimates or forecasts regarding Kutcho's performance are those of the author alone and do not represent opinions, forecasts or predictions of Kutcho or Kutcho's management. Kutcho has not in any way endorsed the information, conclusions or recommendations provided by the author.

The Kutcho Copper project appears to be managed very timely and professionally, but the markets fail to recognize what exactly is being done here. With a profitable (post-tax IRR of 28% @$2.75/lb copper, @$1.10/lb zinc) project that has a post-tax 2017 PFS NPV8 of C$265M, which is 18 times bigger than its current market cap, Kutcho deserves better instead of this chart in my view:

As mentioned in former analysis, the share price indeed went down last week at the peak of tax loss selling as expected, and one seller even brought down the stock to C$0.20 by then, which was a golden buying opportunity in my view. CEO Sorace didn't like the cheap pricing of the last few months at all, and had a shareholder rights plan adopted by the Board of Directors (BoD), shareholders and the TSX Venture. According to the accompanying news release, this is what it was about:

"The SRP has been adopted to ensure, to the extent possible, that all shareholders of the Company are treated fairly and equally in connection with any unsolicited take-over bid or other acquisition of control of the Company, and that the Board is provided with adequate time to consider and evaluate such a take-over bid or other acquisition and, if appropriate, identify, develop and negotiate any value-enhancing alternatives. Furthermore, the SRP will allow the Board to pursue, if appropriate, other alternatives to maximize shareholder value and to allow additional time for competing bids to emerge."

In short, it gives management and BoD time and options to fight a hostile take over attempt. Such an attempt isn't unrealistic, as there are very few economic copper deposits around, and the outlook for the metal is still very robust.

The copper price remains sideranging at US$2.68/lb Cu, as trade war concerns seem to dominate commodity demand, and zinc trades at US$1.16/lb Zn. The fundamentals for copper are still very strong for the next 3 years, with a 5-10Mt deficit expected by 2021. Zinc is developing/behaving differently, as it is less fragmented as a market, warehouse inventories have impact, smelters have even more impact on pricing and basically control the zinc market anyway.

Whereas competing base metal prices are falling left and right as far as profitability of their projects is concerned, the Kutcho project isn't losing any profitability at the moment as the base case metal prices were almost set at today's prices. It is very rare to see this happening for a base metal project these days, and shows the strength of its economics. Updating of tonnage is on its way, and will likely be a significant improvement regarding the current 10.4Mt. Improving recoveries of copper and zinc, higher metal prices and further optimization of for example mine plan and opex could help economics even more. As the Canadian Dollar loses strength toward the US Dollar as the Canadian economy is dependent on the dropping oil price, FX effects might help as well in the future.

In the meantime, Kutcho has been busy on all fronts.

Their 2018 drill program involving nearly 11,000m ( 7,000m of geotechnical drilling and 3,850m of infill/expansion, both at the Main Zone and Esso) has been completed at the end of October of this year, and the FS data collection has been completed mid October, all according to plan. Metallurgical results are expected in February 2019.

I would like to highlight a number of assays and sections from a series of news releases involving the 2018 drill program. For a better understanding, here is a 3D model of the 3 deposits Main, Sumac and Esso:

Looking at the orebodies in a bit more detail, the plan and 3D section including drill holes are represented like this (taken from the 2017 PFS):

And as a reminder, here is a table that indicates the increased tonnage at Main by lowering the cut-off grade from 1.5% Cu to 1.0% Cu:

The 2017  Main Zone Reserves figure shows 8.1Mt @ 2.59% CuEq, but in my view this is likely to increase towards a pretty conservatively estimated 11Mt figure after using the lowered cut-off. The Esso resource figures stand at 2.3Mt @4.05% CuEq Probable Reserve, the Esso M&I resource stands at 2.4Mt @ 4%, so there was hardly any dilution when converting from resources to reserves at Esso so far. Therefore, total Probable Reserves are likely going to 13.4Mt just based on this data.

Let's have a look at the results.

First of all there was a very strong infill intercept on Esso:

This intercept can be seen here:

Infill intercepts don't look spectacular but they are also adding tonnes as they can fill in areas that are outside the existing circles of influence of the current resource estimate. Such a hole is capable of adding 40-50kt for example.

Further drilling at Esso delivered an extension at depth, indicating a new high grade stringer zone, although of relatively limited size and grade. My estimate about this is that it could add 300-500kt if it extends over a length of 200-300m alongside the edge of the current deposit. A table with highlights of Esso and Main drilling looks like this:

Together with these Esso results, numerous Main assays showed great continuity of mineralization, as can be observed for example in this section, and will undoubtedly add tonnage:

The next set of reported results indicated further confirmation of continuity and high grade, as can be seen in the following table and section:

The confirmation of the high grade parts of Main is a nice to have, but not very important, as most assays are spread out evenly for copper, with a coefficient of variation (CV) of 0.9 which is very good. Usually, a CV of 2.0 is a base level, and values above 5 are seen as risky. The solid distribution can be observed in this chart taken from the 2017 PFS:

It is good to see the Main Zone seems to hold up well for higher grade mineralization though. For illustration purposes, the distribution of high grade pods looks like this:

The next set of results on Main indicated an extension of mineralization of 50m down dip, along strike over a 250m distance, represented by hole KC18-282:

As can be seen in the next section, it is a thin extension and probably the end of the mineralized orebody, but still capable of adding 250-500kt:

Further step out drilling at Main at depth confirmed the earlier mentioned 250m wide extension of 40-50m along strike, for example by KC18-285, and other holes like KC18-277 which didn't intercept economic mineralization at 25-30m further along strike from the last mineralized hole indicated the boundary at depth for Main in my view, limiting further potential at depth. Here is the table:

DCF analysis, estimated economic potential
Of course it is never easy to guesstimate as a non-geologist what the additional tonnage could be without all results and the necessary software at my fingertips, but in my view an estimated 13.4Mt after lowering the cut-off could be increased by a conservatively estimated 0.5-1Mt expansion, and another 0.5-1Mt because of infill drilling. The upcoming resource update could therefore show larger Reserves, to the tune of an estimated 15Mt, which will result in an increased NPV8 of course.

I am curious if Kutcho can come close to my estimated 15Mt or even higher. This is below my initial estimate of 20Mt, but it is already a deeply undervalued play, as an after tax NPV8 of C$265M based on just 10.4Mt is 18 times current market cap as mentioned. C$314M is 21 times market cap, and C$361M is 24 times market cap. You just don't see such numbers involving solid projects around very often, if ever. It is priced as if there are serious issues, but there seems to be none, as permitting is going smoothly with very good working relationships with the First Nations, and drill results at the very least seem to confirm PFS mineralization so far.

It puzzles me, it puzzles management, which felt it could do no else than protecting the company with a shareholder rights plan, as Kutcho wasn't set up to let it go early on the cheap. When mining sentiment turns, this company should be one to benefit, as in my opinion its fundamentals are among the strongest of all mining projects out there.

Kutcho Copper is priced as if there are serious issues, but there seems to be none, as permitting is going smoothly with very good working relationships with the First Nations, and drill results at the very least seem to confirm PFS mineralization so far.

It puzzles me, it puzzles management, which felt it could do no else than protecting the company with a shareholder rights plan, as Kutcho wasn't set up to let it go early on the cheap. When mining sentiment turns, this company should be one to benefit, as in my opinion its fundamentals are among the strongest of all mining projects out there. As the stock seems to have bottomed out during tax loss selling season in mid December, I see Kutcho Copper as a solid buying opportunity.

The author is not a registered investment advisor, currently has a long position in this stock, and Kutcho Copper is a sponsoring company. All facts are to be checked by the reader. For more information go to www.kutcho.ca and read the company’s profile and  official documents on www.sedar.com, also for important risk disclosures. This article is provided for information purposes only, and is not intended to be investment advice of any kind, and all readers are encouraged to do their own due diligence, and talk to their own licensed investment advisors prior to making any investment decisions.