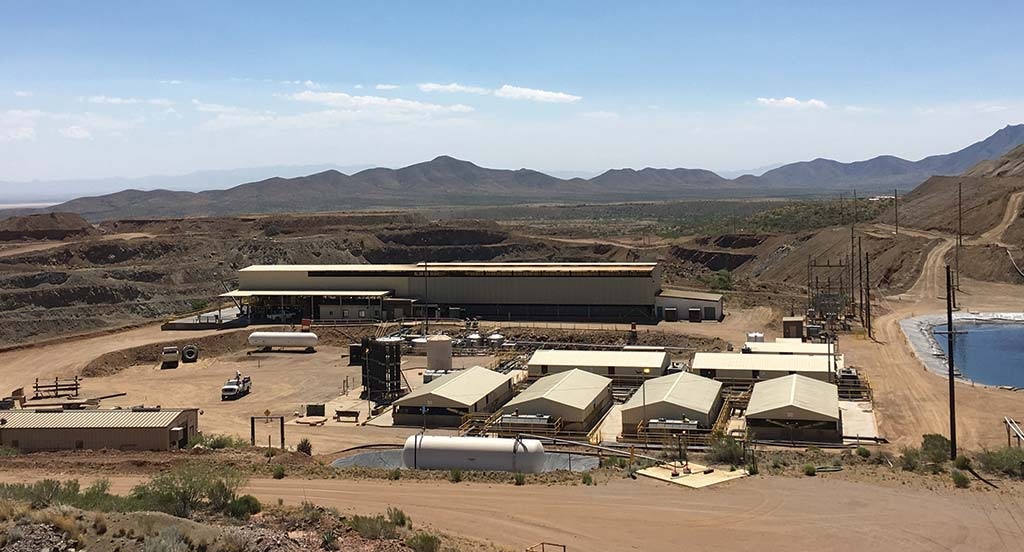 Despite copper and other base metals being punished these days, and mining sentiment not at its best with China being drawn into a potential trade war with the US, Excelsior Mining (MIN.TO, EXMGF.US) proved a lot of nay-sayers wrong at June 25, 2018. The company was granted the second (and most difficult to obtain) operational permit, the Underground Injection Control area permit (UIC) by the Environmental Protection Agency (EPA). It was quite an ordeal, as it took Excelsior from October 25, 2017 (receiving the draft permit) until now, which is almost exactly 8 months. In comparison, the first operational permit, the APP permit, took not even 3 months going from draft permit to granted permit. On an important side note: the APP permit was finalized after another 5 week appeal period, which returned no appeals at all fortunately. It can be assumed that the UIC permit also has to go through this kind of appeal period, before management has it in hand. As I explained in an earlier update on the permitting process, I view the chances of no appeals on the UIC permit to be equally as good for Excelsior Mining. This period is likely reflected in the effective date, as per the news release:

"The EPA has issued Excelsior a UIC Permit with an effective date of August 1, 2018.  Once effective, the UIC Permit (along with the Aquifer Protection Permit), requires the Company to be in compliance with protective permit conditions prior to the initiation of production activities. The UIC Permit is good for production of up to 125 million pounds per annum; this is the final operating permit required to get into production."

Also note that this permit is covering the nameplate production capacity, so no additional extensions/expansions on the current permit etc are needed.

As Gunnison is the first new copper project in Arizona in a decade being fully permitted, and the first greenfield ISR copper project in North America to be fully permitted (nearby Florence just got a pilot plant permitted not too long ago, not the full project), plus Arizona as a jurisdiction is very strict on mining regulations, this is clearly quite an achievement. I fancied the chances of Excelsior a great deal, but with permits you always have to wait for the element of proof: a granted permit. A lot of credit goes to VP sustainability Rebecca Sawyer, very familiar with Arizona agencies, who led the permit application process, and to CEO Stephen Twyerould who worked tirelessly to inform nearby communities on a very regular basis.

As Excelsior raised US$30M in January of this year, the company is sufficiently cashed up to start the construction phase this summer, as CEO Twyerould indicates in the news release. Because of the staged construction, the initial capex is very small, just US$49M, so some of the current cash position can already be used to start with upgrading and constructing the SX-EW plant, the ponds, power and transmission and the pipelines from the wellfield to the processing plant. After arranging the necessary balance of capex, the wellfield can be constructed.

Management indicated to me that they want to raise US$50-60M, as they forecast a need for about US$25M in working capital (which has already been raised more or less with the US30M). Such an amount (actually really small, although there are always capex overruns in mining projects, but it sure helps there already is an existing processing facility, and the project is relatively small compared to those multi-billion dollar traditional giant copper mines) should be easy to finance for management. Usually I would say, that the equity part is almost a done deal in a typical 1/3-2/3 equity/debt capex funding, and the remaining US$50-60M could easily be all debt.

However, reality is these days that the debt financiers also like to have an additional equity sweetener, so it could very well be possible that Excelsior could indeed arrange US$45-55M in debt, but also has to accept another estimated US$5-8M in equity. I would prefer all debt of course in order to avoid more dilution, but such an amount would be limited, assuming such a raise would happen at C$1.00 or higher (F/D sharecount stands at 222M at the moment).

It can be speculated that some of the participants in the US30M round of December 2017 and January 2018 were selling some of their positions for a quick profit, but coming from C$1.00 and having to dump at C$1.10-1.30 a mere 6 months later doesn't really sound very convincing. Excelsior is a long term copper play, and institutional parties using this as a trading vehicle would instantly flag them as unreliable flippers. Therefore, in my view this is all retail, aiming to exit at a hoped for spike on the news. Unfortunately for them, market- and metal sentiment isn't very strong, and marketing on Excelsior is light, so there wasn't enough buying pressure.

Notwithstanding this, I view this as a convincing buying opportunity once the selling has subsided. The undervaluation on Excelsior is pretty substantial after this sell-off which I will show in a minute, especially after being fully permitted very recently. Another subject to consider is the changed corporate tax regime in the US, thanks to president Trump. We can say a lot about the guy, but he isn't bad for mining projects in the US. I sure hope he quiets down on the impending trade war with China, which could send the entire world economy in a downward spiral, but for project economics and permitting things have definitely improved.

Another detail helping the Gunnison economics, is the cheaper Canadian Dollar versus the US Dollar. Since my last analysis, the ratio went down from 0.81 to 0.75, which is a good thing for a Canadian headquartered company like Excelsior Mining. The currency factor improves the after tax NPV with roughly 9%, and the newly combined 24.9% tax rate increases the NPV with approximately 16%.

The resulting table looks like this, with copper @$2.75/lb as the Excelsior base case scenario, and @$3.00/lb spot:

In comparison, here is the old table with the old tax regime and higher valued CAD (and a higher spot price at the time in January):

My estimated targets raise roughly 16% as well, so the impact is definitely not negligible. As a reminder: full NPV can be used when commencing commercial production, but in this case production ramp-up is staged. The first stage is planned at 20% of maximum nameplate capacity, but since maximum capacity can be reached in 4 years according to management, it isn't realistic to use just 20% of NPV for valuation purposes when commercial production commences. 50% of NPV seems like a more reasonable discount at that stage, as further ramp-up is already baked in.

As a large copper deficit is expected in a few years from now, it seems the ramping up of Gunnison could take place at exactly the right moment, as higher copper prices seem inevitable by then:

An important note on the risk/reward thesis for Excelsior Mining is involving its recovery method. In fact, it is so important that it could explain the current and persistent undervaluation, as a fully permitted project with very low capex, strong financial backing,  such a stellar after-tax IRR and based on the base metal with the strongest fundamentals, should trade much higher.  Management strongly believes in their chosen recovery method, and I am thinking of doing a Q&A with CEO Twyerould soon, where he can explain in detail why any doubts might very well be unfounded. After capex funding and construction are completed in the hopefully near term future (management aims at first production in Q1 2019), the first stage of 25M lbs Cu per annum will function as the necessary pilot stage of Gunnison.

ISR projects on uranium and copper brownfield are no novelty in mining land, so Excelsior isn't really boldly going where no one has gone before. With the UIC permit practically in hand, there is another estimated 5 weeks of waiting for the appeal ahead, and when no appeal would be filed, I expect capex funding to be arranged within a month. First construction will start next month, and this could accelerate after the debt package has been secured. The current sell-off looks like a blessing in disguise in my view, and the oversold situation makes up for a perfect buying opportunity.

I hope you will find this article interesting and useful, and will have further interest in my upcoming articles on mining. To never miss a thing, please subscribe to my free newsletter on my website http://www.criticalinvestor.eu/, and follow me  on Seekingalpha.com, in order to get an email notice of my new articles soon after they are published.

The author is not a registered investment advisor, and currently has a long position in this stock. Excelsior Mining is a sponsoring company. All facts are to be checked by the reader. For more information go to http://www.excelsiormining.com/ and read the company’s profile and official documents on www.sedar.com, also for important risk disclosures. This article is provided for information purposes only, and is not intended to be investment advice of any kind, and all readers are encouraged to do their own due diligence, and talk to their own licensed investment advisors prior to making any investment decisions.